View source
watch 01:25
Jurassic World: Dominion Dominates Fandom Wikis - The Loop
Do you like this video?
Play Sound
For the titular event featured in the game, see here.

AI: THE SOMNIUM FILES - nirvanA Initative (アイ：ソムニウムファイル ニルヴァーナ イニシアチブ, AI: Somuniumu Fairu Niruvaana Inishiachibu) is a sequel to AI: THE SOMNIUM FILES directed by Akira Okada, written by Kotaro Uchikoshi, and developed by Spike Chunsoft. It is set to release on June 24th, 2022 (JP), June 24th, 2022 (NA), and July 8th, 2022 (EU) for Nintendo Switch, PlayStation 4, Xbox Series X/S, Xbox One, and Steam. The story follows two pairs of protagonists —an older Mizuki partnered with the returning Aiba, and the rookie Kuruto Ryuki partner with the new AI-Ball unit Tama— investigating the mysterious case of the Half Body Serial Killings.

The game was initially teased by the Spike Chunsoft Twitter account on June 28th, 2021, under the hashtag #NineEyesTV, linking to a website with various puzzles centered around 9 eyes. Solving all the puzzles revealed the password "Nirvanainitiative", which led to a countdown for June 30th. At 5 PM PDT, the website changed and the announcement trailer for AI: THE SOMNIUM FILES - nirvanA Initiative was revealed.

On September 23rd, the exclusive GoodSmiles figure for the Collector's Edition was revealed, featuring Aiba in both her human and hamster form. On November 24th, the cover art for AI: THE SOMNIUM FILES - nirvanA Initiative was revealed, featuring brand new and returning characters. On January 25th of 2022, new information was revealed regarding the main protagonists of the game, revealing the identities of the main leads Kuruto Ryuki and Tama. Just two days later, on January 27th, the first story trailer for the game was released, showcasing many new and returning characters and revealing the release date as June 24th, 2022. On March 10th, Weekly Famitsu released an article featuring new information on the game and an interview with Uchikoshi and Okada; the article featured an in-game image with a QR code, which fans discovered led to the mysterious video "Fray to Free." The gameplay trailer for the game was released on April 5th, showcasing the new mechanics introduced in the Famitsu article.

On May 9th, the European and Australian copies of the console versions were delayed to July 8th due to manufacturing delays and global shipping slowdowns.[1]

Six years ago, the right half of a corpse was discovered. The left half was never found…until six years later, completely fresh with no signs of decay. Now, Special Agents Mizuki and Ryuki, along with their AI partners Aiba and Tama, are tasked to solve the bizarre Half Body serial killings while unveiling the mysterious plot known only as the Nirvana Initiative…

The story of AI: THE SOMNIUM FILES - nirvanA Initiative follows two separate protagonists accompanied by one assistant AI each, totaling the game up to 4 playable characters. The list of all 4 protagonists are:

In addition to that, a whole slate of characters will appear in AI: THE SOMNIUM FILES - nirvanA Initiative. Some will be returning, and some will be brand new. role.

The main characters pivotal to the plot are:

The supporting characters featured in the main mystery are:

The minor recurring characters in the game are:

Much like the previous game, you play as Special Agents Mizuki and Ryuki as they explore Tokyo in search of clues, witnesses, and suspects. The gameplay is split between investigation in the real world and investigation of dream worlds, or Somnia.

In real-world investigations, the player moves the cursor to select objects and people in order to interact with them. Aiba and Tama come with unique AI Sight functions, such as the returning Zoom, X-ray, and Thermo, which can seemingly now be toggled from a selection. A new mechanic introduced is "Virtual Reality," where an entire 3D space is recreated within VR, and the additional "Truth Reconstruction" allows for the player to recreate the crime scenes as if editing or filming a TV drama, chronicling all the event together. The final new mechanic is Wink Psync, a miniature form of Psyncing in which, rather than diving into a person's subconscious dreams, the protagonist envisions a character's present conscious thoughts, which could reveal new information and/or determine if a witness is lying or not; these Wink Psyncs appear to have a 6 second time limit.

In Somnium investigations, the player complete a variety of puzzles with a time limit of 6 minutes, where interacting with objects will consume a set amount of time. Taking different actions may cause the story to branch in different directions, but running out of time will result in a game over. The TIMIE mechanic and progression through Mental Locks return, but quality of life improvements are introduced, such as toggling the flowchart on or off, toggling the TIMIEs to be visible, and icons signaling what objects to interact with. Movement in Somnia is expanded with the addition of swimming underwater and flying through the air. Also the game features various difficulty modes as well as multiple endings.

The game features various Somnia accessed throughout the game. Here is a list of Somnia identified throughout promotional material. Seemingly, the Somnia are divided into "Side: Mizuki" and "Side: Ryuki", which each Side playing as a different team of character's

The list of known Somnia in "Side: Mizuki" are:

The list of known Somnia in "Side: Ryuki" are:

The game is planned to release in at two separate editions on consoles: a Standard Edition and a Collector's Edition. To compensate, the Steam release also includes a Deluxe Edition with its own set of bonuses.

The Standard Edition is the version of the game that will be available on all regions. It will be sold at the starting price of $59.99 USD, the standard price for all console video games. It comes with the game itself within the standard box. This version will be available on Nintendo Switch, Playstation 4, Xbox Series X|S, Xbox One, and Steam, with physical versions for the Switch, PS4, and Xbox One being confirmed so far. It is planned to release on June 24th, 2022.

The Collector's Edition is an upgraded edition of the game, featuring many bonus materials and collectibles. It will be sold at $119.99 USD and is currently only announced for North America. This edition will be sold for the Nintendo Switch, Playstation 4, and Xbox One.

The Collector's Edition comes with:

The Deluxe Edition is a special Steam-only bundle of the game, featuring downloadable content which is discounted at 21%, at $70.26 USD. The contents are as follows:

Exclusive to Japan, special retailers will include their own exclusive items available when pre-ordering the game at their stores. The retailers and rewards in question are:

Here's a list of listed articles and interviews in relation to the game: 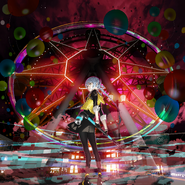 Full-resolution cover art without the text. 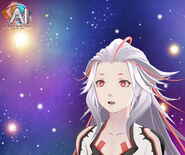 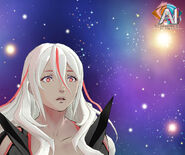 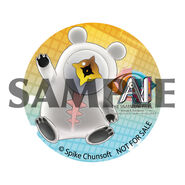 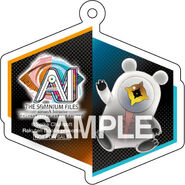 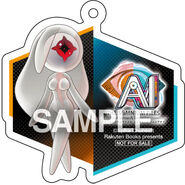 The first batch promotional images from the official website and January Press Release:

The Stadium, maybe the National Stadium

For her Neutral Special, Mizuki uses a Gun

Aiba too cool to look at explosions

Body split in half Live in Front of a Studio Audience 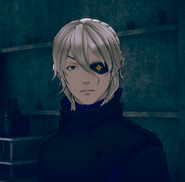 Second batch of promotional images from Weekly Famitsu's March article. Some images are currently only in Japanese:

Mizuki finds the left half of the body at the stadium

Mizuki with her double-barrel handgun

Boss and Kagami at the crime scene, inspecting the left half

Aiba arrives in a Somnium: "Pretty Guardian of Justice Aiba, on the scene!"

Aiba in the colorful Somnium; the book is titled "Little Blue Riding Hood"

Tama in a Vaporwave Somnium, needs to activate a statue

Someone turned the room sideways, oh no!

Truth Reenactment on the victim's body

Mizuki riding on her funky V∞pa

Dear Diary: Today I went to the playground and had a fun time. — Aiba

Watch out for conscious anti-bodies, they reduce your remaining time

The room is still sideways, oh no!

Mizuki discovers the left half of Jin Furuei

Could the case truly not be over?

The case begins for the first time

Mizuki spots an assailant aiming a gun at her

Shoma lies to Tama and Ryuki

Chikara is caught in his bold-faced lie

Tama, the director and camera operator

Hey, you! You're finally awake. You were trying to cross the border, right?

Kizuna destroys a man twice her size with icy-cold words

Iris and Amame ponder the mysteries of the appearing body

Ryuki and Tama ride on the limousine as they consider the events of the crime.

Aiba swings at the park with young Kizuna in her Somnium

Mizuki engages in a Quick-Timed Event

Phew, he really dodged a bullet there!

Sixth batch of promotional images released alongside the Character Trailer:

Seventh batch of promotional images released for the May 2022 Somnium Elements Press Release:

Flowchart for Ryuki's Somnium, splitting off into Branch A

Tama gets the option to Inspect (10sec) a lab computer

Aiba examining a burning torch, can be breathed in or breathed out

Amame introducing herself and her job

Shoma talks about his father, Komeji

Chikara explains the research conducted at the Horadori Institute of Genetics