AI: The Somnium Files Wiki
Register
Don't have an account?
Sign In
Advertisement
in: Stubs, Female Characters, Characters,
and 3 more

—Amame telling a joke to Kaname Date and Ota Matsushita

Amame works as a "mermaid" for the Sunfish Pocket Maid Café with Ota Matsushita as one of her frequent patrons. She is close friends with Ota, Iris Sagan and Mizuki Okiura.

Amame's bio in the FILE

Amame with the other mermaids on the wall

Amame's model while being inspected

Amame with Mizuki and Date, applauding for Iris

Amame and the mermaid staff at Sunfish Pocket 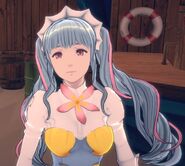 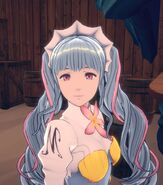 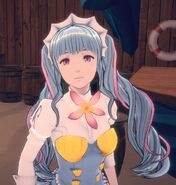